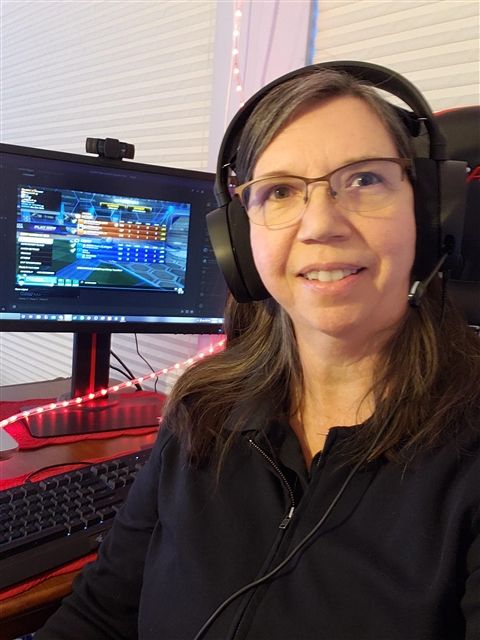 3/15/2021
"Six months ago, I was uncomfortable hearing the word 'Coach' in front of my name. Now, not only am I comfortable with it, I'm confident and, yes, even proud!" said Coach Amy Ball, COLab Fellow.

Coach Ball's journey into Esports began with an inquiry from a visiting teacher and Esports coach in February 2020. Further exploration was delayed due to the COVID-19 pandemic. However, at the end of spring 2020, Coach Ball participated in a MindSpark CAPITA Webinar, ”Demystifying Esports for Parents, Coaches, and Teachers.” She resumed her discussions with Kay Sullivan, President of Salpointe, Phil Gruensfelder, Salpointe’s Athletic Director, and Kathy McQuown, CTE Department Chairperson who joined in coaching Esports for Salpointe’s inaugural year of the new team.

Salpointe’s Esports athletes accomplished more than imagined during their first season, fall 2020, and college recruiters noticed! They competed in playoffs in three of our four opportunities from among their varsity and JV Rocket League and League of Legends teams. Even more importantly, their “wins'' included the friendships developed, effective communication, focus, sportsmanship, and teamwork -- valuable life skills!

The teammates practice and compete from within their homes this school year. They look forward to next school year and meeting in a computer lab together after school. In this Spring 2021 season, team members are leveling up in their games. Also, they are beginning to enroll in NCSA, a network for student-athletes and college recruiters to discover good matches for their interests and programs.

Coach Ball is excited to continue her mission of inspiring young people as they pursue their dreams, especially in STEM-related fields. She joined Salpointe in 2015 and quickly recognized how motivated students are to please their coaches. She changed her teacher “uniform” to include a Salpointe polo as she continued to include lifelong learning and citizenship skills into lessons. A couple of years ago, to an intelligent student who was often off-task while creatively exploring his interests, Coach Ball explained how she would serve as his life coach and teacher during class time. She dreamed of growing the number of students who visited her room before and after school for study hall. The pandemic, with online and hybrid learning, interrupted study hall, but then Esports began in August 2020. Instead of students meeting in her classroom, Esports athletes meet in their Discord server. They even have a study hall channel at the request of a couple of their team members.

In January 2021, Coach Ball earned two coaching credentials and is now a certified Interscholastic Coach with the National Federation of State High Schools. On February 24, 2021, Coach Ball completed the first-ever MindSpark CAPITA COLab Esports Fellowship. The MindSpark COLab Esports Fellowship program is a “personalized and customizable six-month fellowship program dedicated to supporting coaches and educators through the process of designing an esports program that can be integrated into schools and sports organizations. The Esports COLab [explores] the new frontiers of Esports showing how Esports can be used as an effective educational tool that engages and inspires students to become the best versions of themselves.”

Coach Ball was one of six selected Esports professionals, five from the United States and one from Trinidad. These directors, coaches, and a business owner were mentored for six months by Davis Turner, Senior Director of Strategic Programs, and Justin Goldman, Director of Athletic Partnerships at MindSpark.

She and her cohorts worked closely with Davis and Justin and a collection of Esports industry partners to develop the tools and confidence needed to bridge the gap between traditional sports, Esports, industry and education. Throughout the fellowship, participants received answers to their industry questions from Esports professionals:
Fellows audited their Esports programs and leadership, analyzed problems of practice, and developed a blueprint and “Level up!” plans for the launch and/or continued success of their clubs, teams, or businesses.

Per Justin, "Amy's passion for supporting her students and developing Salpointe's program was inspiring to everyone in the COLab. She brought a ton of energy to the group and made remarkable strides as a coach in six months. I'm proud to call her a graduate of our fellowship program and I'm excited to continue supporting her growth as a coach and advocate as time goes on."

Ms. Ball intends a lifetime connection as an inaugural COLab Esports Fellow as she continues networking with her mentors and their new Fellows via a Discord Server soon to be established by MindSpark. She is already connected to Arizona Esports Coaches, PlayVS Esports, and University of Arizona Esports via their Discord servers and direct messaging. Wherever this journey takes Coach Ball, she anticipates her purpose will still include inspiring young people to consider possibilities in career fields that may not even exist yet in esports or STEM.
####
Back